The Cyprus Shipping Chamber held its 30th Annual General Meeting on Thursday, 30 May 2019, at the “Four Seasons” Hotel, in Limassol.

The General Meeting attracted the interest of the Shipping Industry with high calibre speakers attendance, confirming the recognition that the Cyprus Shipping Chamber enjoys on a local and global scale. Addresses at the Meeting were given by the President of the Republic of Cyprus, Mr. Nicos Anastasiades, the President of the House of Representatives, Mr. Demetris Syllouris and the Cyprus Shipping Chamber’s President, Mr. Themis Papadopoulos. In view of the Chamber’s 30th Anniversary the General Meeting was also attended and addressed by the International Chamber of Shipping Chairman, Mr. Esben Poulsson and the European Community Shipowners’ Associations Vice-President, Mr. Claes Berglund.

In his speech, the President of the Republic, Mr. Nicos Anastasiadis, addressed the multifaceted action and contribution of the Shipping Chamber, for 30 years now, in the substantial upgrading and promotion of Cyprus Shipping. He also noted that Shipping has been for many years one of the leading sectors of the Cyprus economy and has been catalytic towards its steady recovery and growth.

The President of the House of Representatives, Mr. Syllouris, in his address highlighted that with the wise guidance and support of the Cyprus Shipping Chamber the past 30 years, Cyprus has succeeded in developing a robust and constantly evolving shipping industry of a renowned global standing. He also added the House intention to continue to work in synergy to actively support the shipping sector in its mission, which is to further expand the Shipping Industry.

In addition, the President of the International Chamber of Shipping, Mr. Poulsson, and the Vice-President of the European Community Shipowners' Associations, Mr. Berglund, both mentioned in their addresses of the Shipping Chamber being an exemplary national shipowners association, noting its excellent cooperation and contribution to making important decisions on policy issues regarding European and International Shipping.

The Cyprus Shipping Chamber President, Mr. Papadopoulos, made a special reference to the successful completion of 30 years since its establishment and its important contribution. On the occasion of the presence of important guests, he referred to the importance of lifting the Turkish Embargo on Cyprus ships, noting that its lifting would provide a strong force for the further development of the entire Cyprus Maritime Cluster. In addition, he noted that global shipping faces a crucial crossroad with regards to its future in view of the global shift away from fossil fuels and the pressure of drastic improvements in carbon emissions from the IMO, adding that the Chamber’s long-standing and active participation in both the ICS and ECSA have become more important than ever, as we seek to ensure that the Cyprus shipping industry’s voice is clearly heard at all decision-making levels with politicians and regulators. 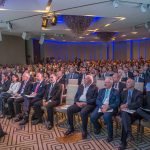 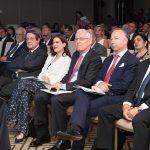 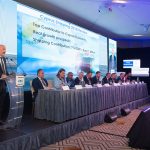 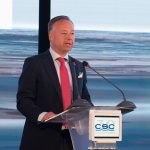 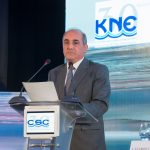 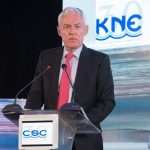 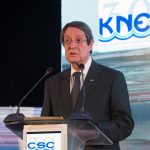 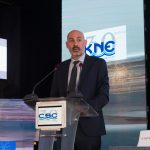 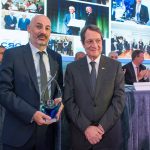