The Cyprus Shipping Chamber held its 29th Annual General Meeting on Thursday, 31 May 2018, at the “Four Seasons” Hotel, in Limassol.

The General Meeting attracted the interest of the International Shipping Industry with the attendance of high calibre speakers, confirming thus, the recognition that the Cyprus Shipping Industry enjoys on both a local and global scale. Addresses at the Meeting were given by the President of the Republic of Cyprus, Mr. Nicos Anastasiades, the International Maritime Organisation (IMO) Secretary General, Mr. Kitack Lim and the President of the Cyprus Shipping Chamber, Mr. Themis Papadopoulos.

In his speech, the President of the Republic, Mr. Nicos Anastasiadis, addressed to the valuable contribution of the Shipping Chamber, for almost 30 years now, in the substantial upgrading and promotion of Cyprus Shipping. He also noted that the creation of the independent Shipping Deputy Ministry, in conjunction with targeted actions will lead to the further development and enhancement of the Cyprus Flag and Shipping Industry.

The IMO Secretary General, Mr. Kitack Lim in his address noted that he considers Cyprus a great success story in Shipping internationally and a major player in the Maritime world. In addition, he made particular reference to the commendable work of the IMO and the Shipping Industry to move towards an even “Greener” International Shipping Industry.

The delegations of the General Assembly concluded with the address of the Cyprus Shipping Chamber President, Mr. Themis Papadopoulos, who made special reference to the creation of the independent Deputy Ministry of Shipping, thus looking forward to a “new era” for Cyprus Shipping. In addition, he stressed the importance of lifting the Turkish Embargo on Cyprus ships, noting that it would provide a strong impetus for the further development of the entire Cyprus Maritime Cluster. On the occasion of the presence of Mr. Kitack Lim, he also referred to the efforts of the Cyprus Shipping Industry to implement the recent IMO decision, to further reduce greenhouse gas emissions and the industry’s recommendations for the effective implementation of the important goals set. 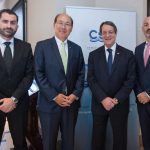 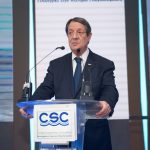 H.E. Mr. Nicos Anastasiades, President of the Republic of Cyprus 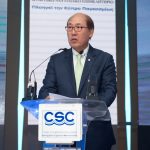 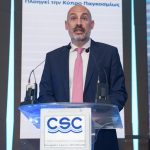 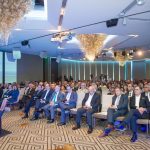